skip to main | skip to sidebar

a short research on hindu iconography

a short research on hindu iconography opened a new ream of symbolic designs which could be adopted to my designs. 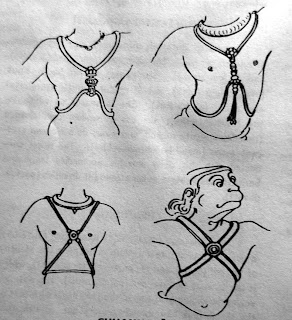 CHANNA VEERA a cross belt form of ornament worn by deities known for their valor. 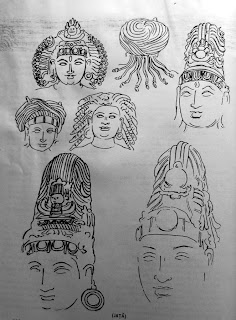 JATA MAKUTA Jata is the the matted hair on sages. In order to free themselves for the frequent care for hair they applied an milky exudation of certain tree which prevented dirt sticking to it and also can be conveniently coiled upor rolled. Makuta means the crown. Jata makuta is the crown like formation when the matted hair is ornamentally coiled or twisted. This is more seen in varied forms in the sculptures of Lord Shiva. 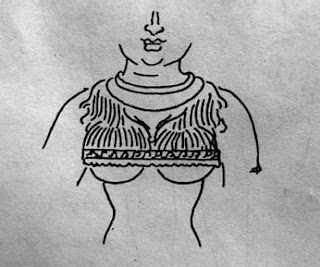 KANCHUKA This is a close fitting garment covering the upper body. Armour is also a form of Kanchuka. 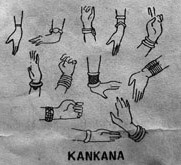 KANKANA Bangles worn on the hand is called Kankana. It is a sign of auspiciousness. 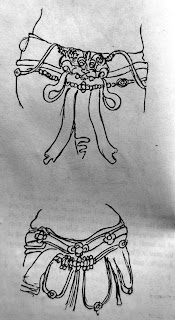 KATI BANDHA This is the waist band.This is a cloth or chain with jingling bells or just a plain thread. 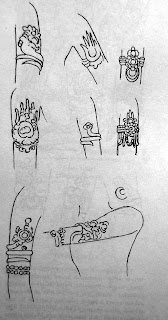 KEYURA This a armlet worn on the upper arm. 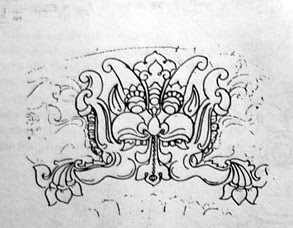 KIRTI MUKHA This is a monster with protruding eyes, fierce fangs and teeth. This seen on arches behind dieties and also on on the waist band. The word means the face of glory. Originating from the matted hairs of Lord shiva this monster started devouring Rahu an emmissary of Asura by name Jalandhara who fell in love with Parvati. Rahu was pardoned as he begged Lord Shiva and the monster could not satisfy its hunger. on Shiva tellig it started devouring its own body till the head. 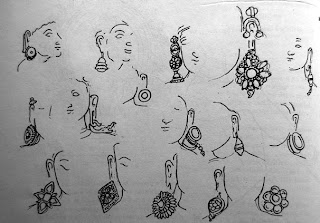 KUNDALA The ear ring is called the kundala.
Posted by Abhilash K at 7:40 PM